A photographic record of one day in the capital city.

The English essayist Samuel Johnson summed up this city rather succinctly with the statement "If a man is tired of London then he is tired of life"
There is always something happening in this vibrant cosmopolitan city. As it happened, our trip coincided with the cleaning of the clock faces at the Houses of Parliament.

CLEANING THE CLOCK FACES
The Elizabeth Tower at the Houses of Parliament, houses the famous bell Big Ben. The glass on the four clock faces (which is only 2mm thick) gets dirty and is cleaned at infrequent intervals by a specialist abseiling team. Note that the clock is stopped for the duration of the clean. The event, which took place over four days, drew a considerable crowd and was widely reported in the press and television. 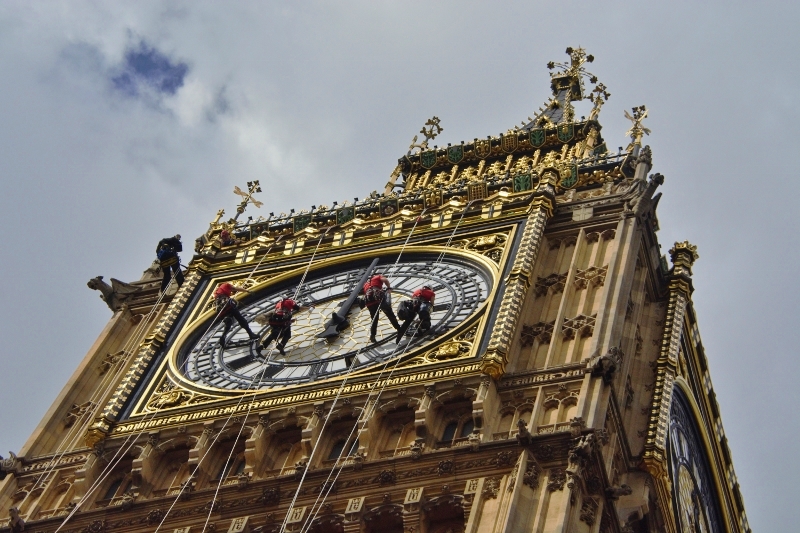 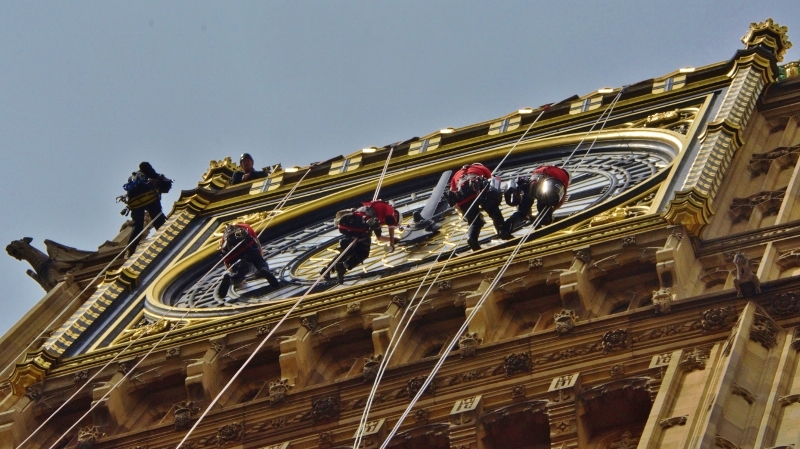 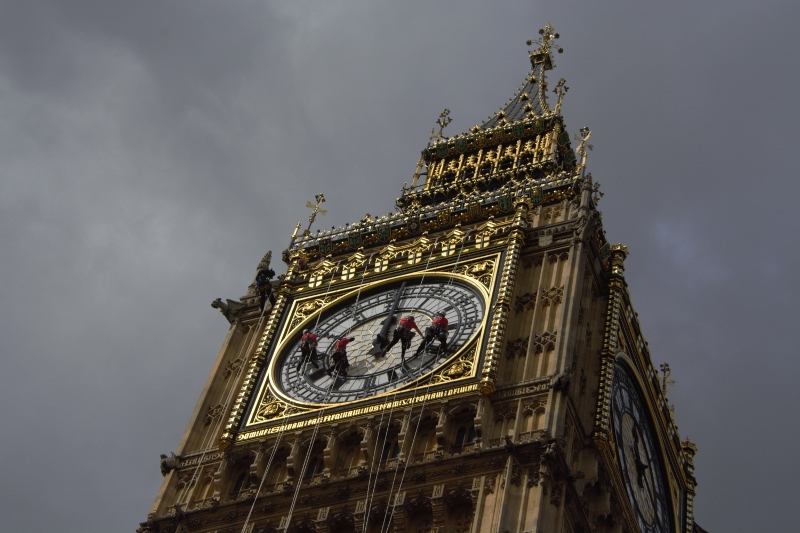 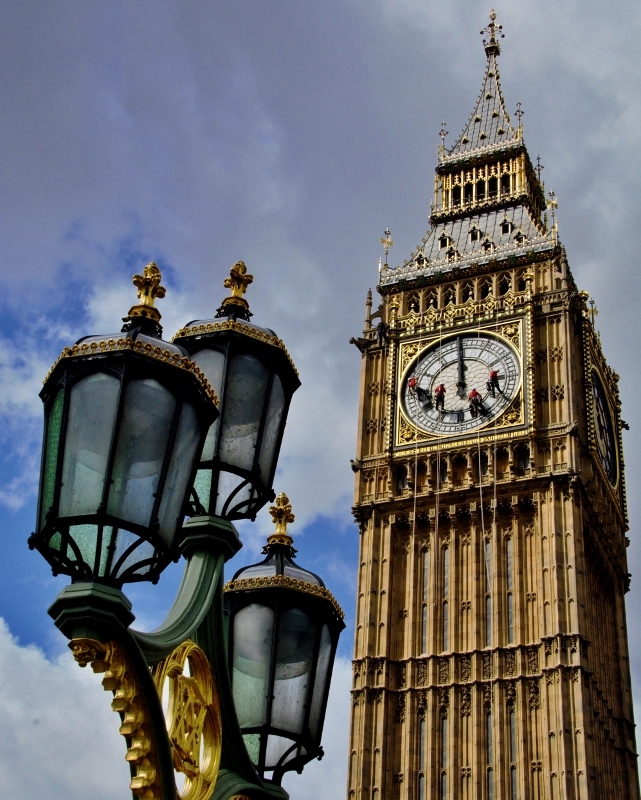 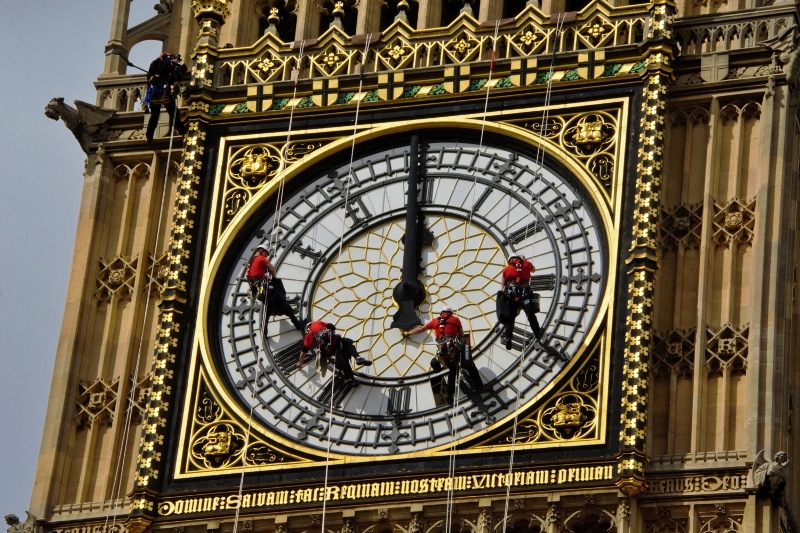 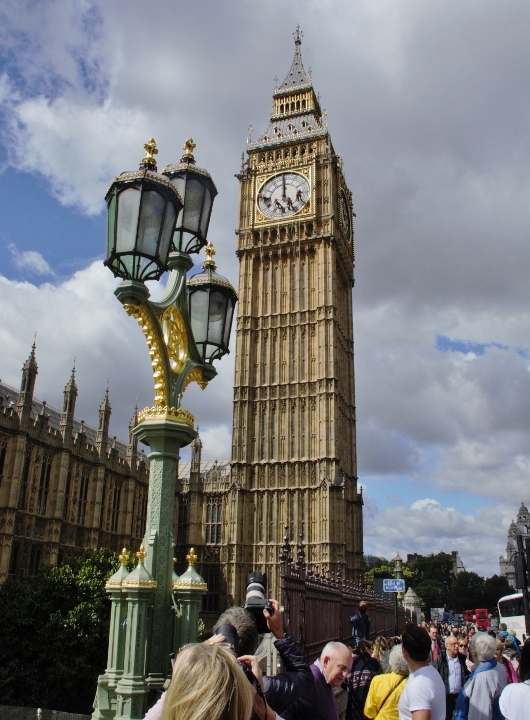 BUSKER
You can't get away from buskers in London, they are part of the furniture. This guy got away with playing parts of the same tune for about 10 minutes as the audience generally doesn't hang around. 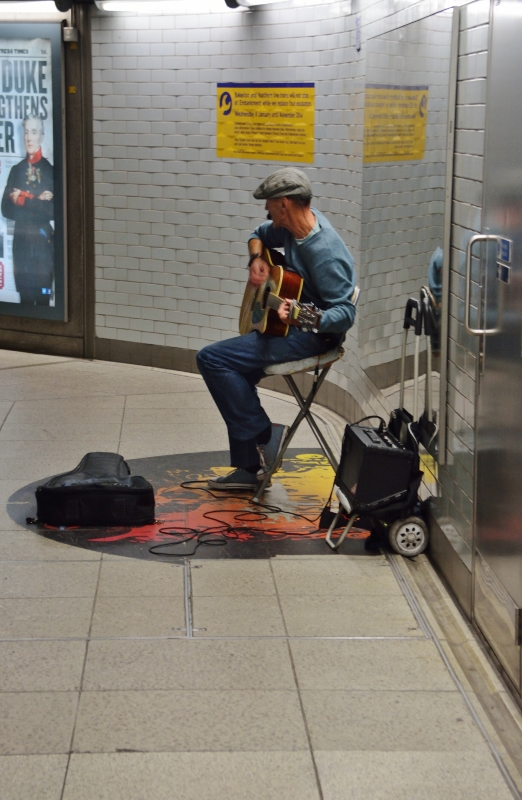 MONUMENT
Just outside Monument Underground Station is the monument to the Great Fire of London which took place in 1666 and gutted the old wooden medieval City of London within the old Roman Walls. It consumed 13,200 houses and 87 churches. The monument is now hemmed in by skyscrapers. In the photo, on the left of the monument, you can just see the tip of the 87 storey Shard, the tallest building in London at 1,004 ft high. 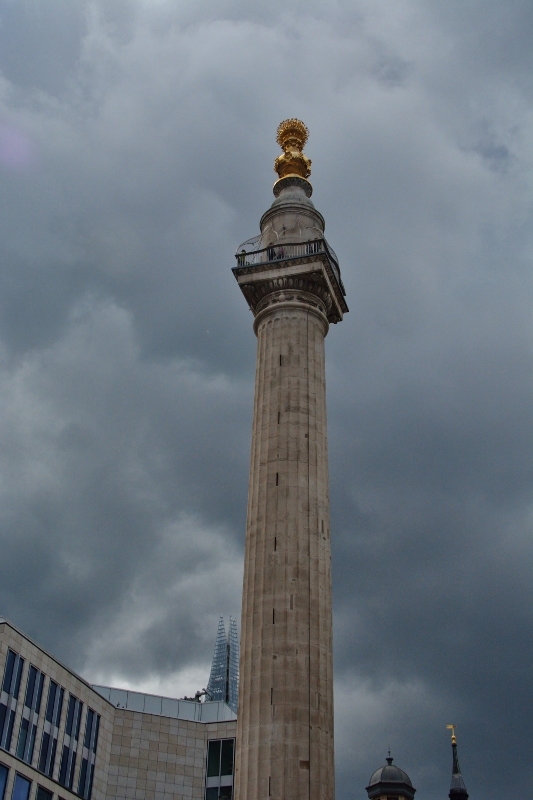 CANARY WHARF
I have been to London many times but had never ventured out to Canary Wharf. Its skyline with the Canada Square Tower is now well known. Canary Wharf, the UK's major financial district, is the workplace of over 100,000 people and is extremely busy at lunchtime when we visited. 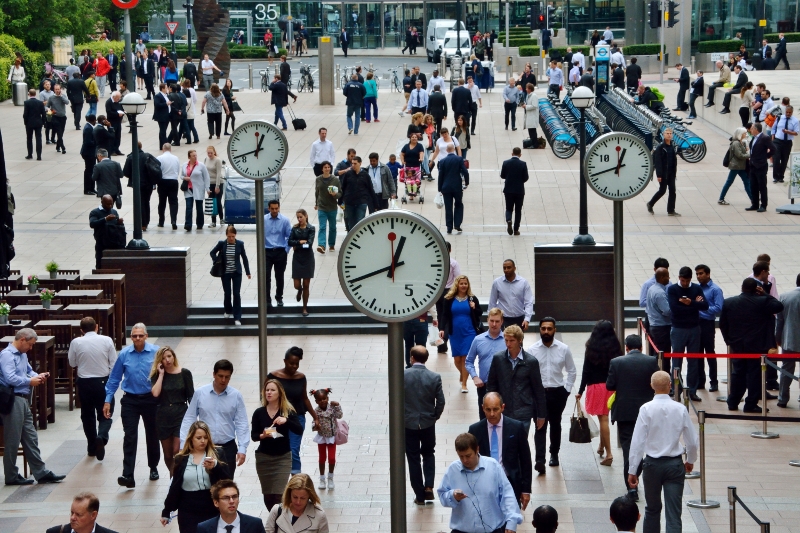 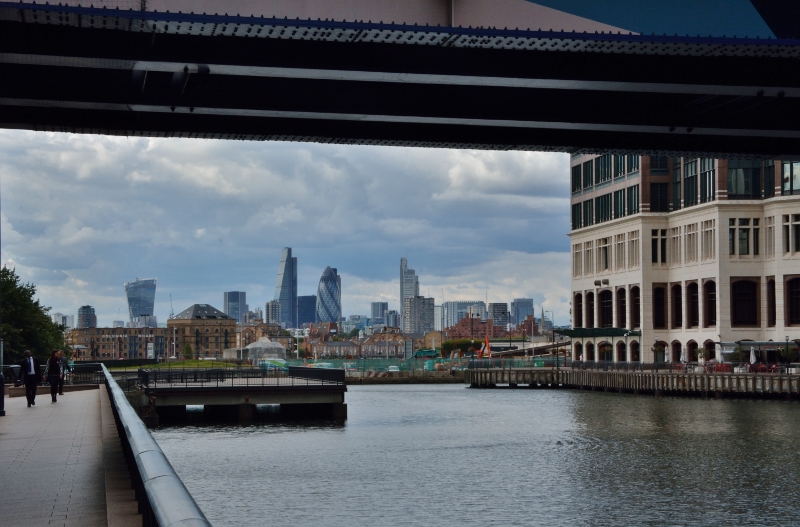 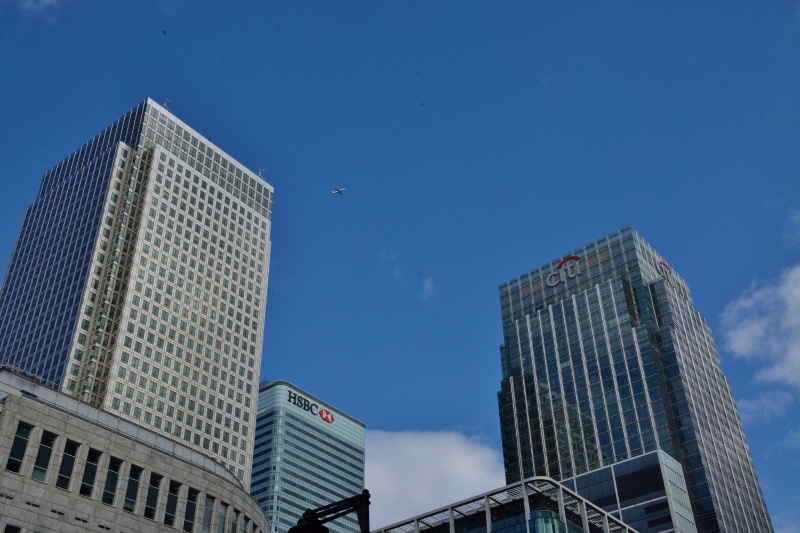 SAINT PAUL'S CATHEDRAL
Unfortunately photography is prohibited inside Saint Paul's Cathedral so we didn't visit. The outside and the Millennium Bridge are worth a visit. However, I can't say that I like the unbalanced appearance of the front of the cathedral with only one clock. 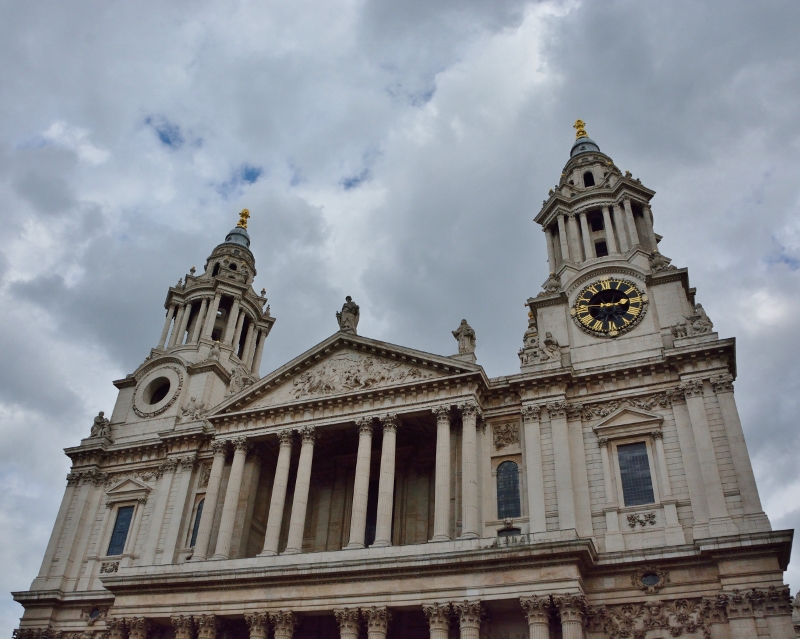 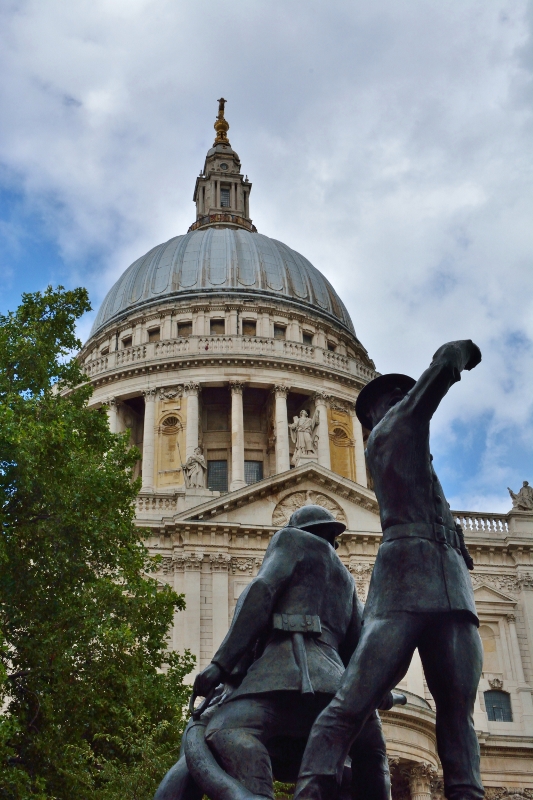 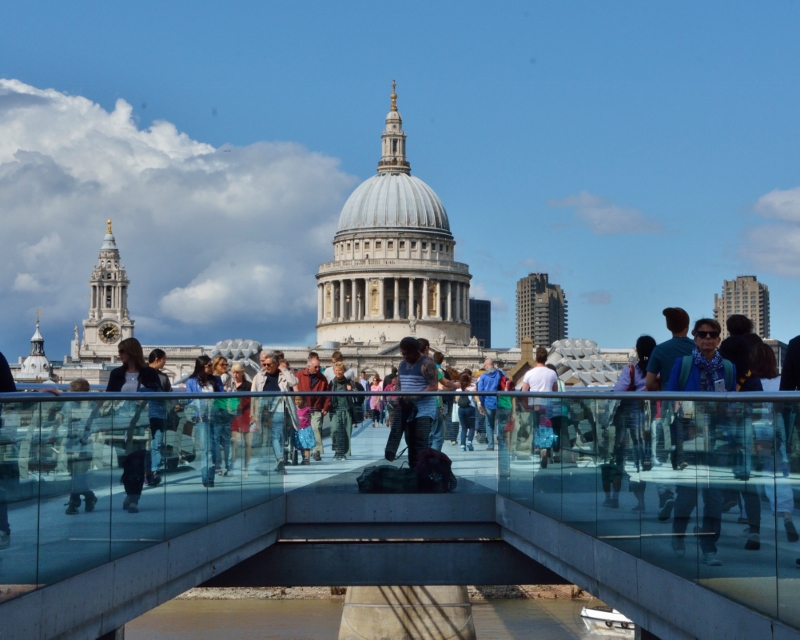 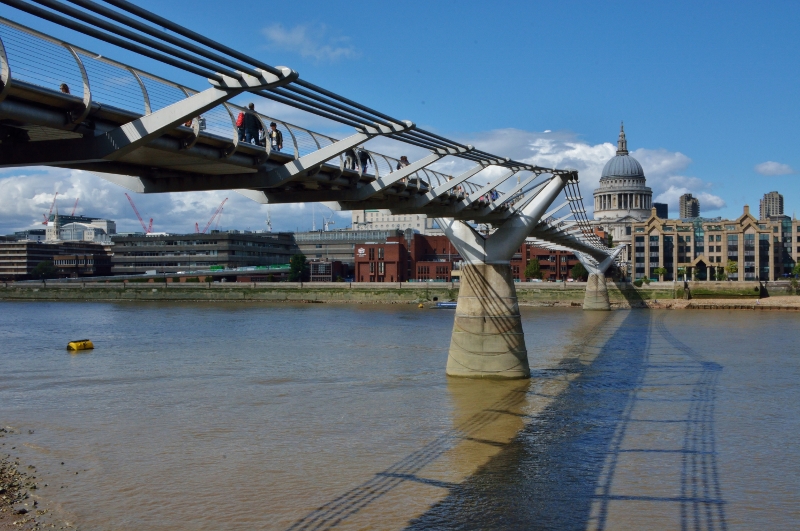 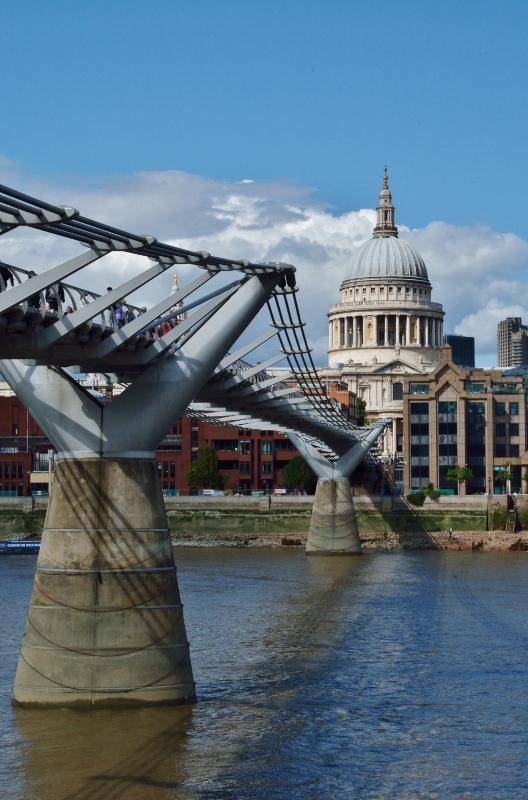 RIVERSIDE
The view of the Thames downstream from the Millennium Bridge is constantly changing with new buildings appearing each year. 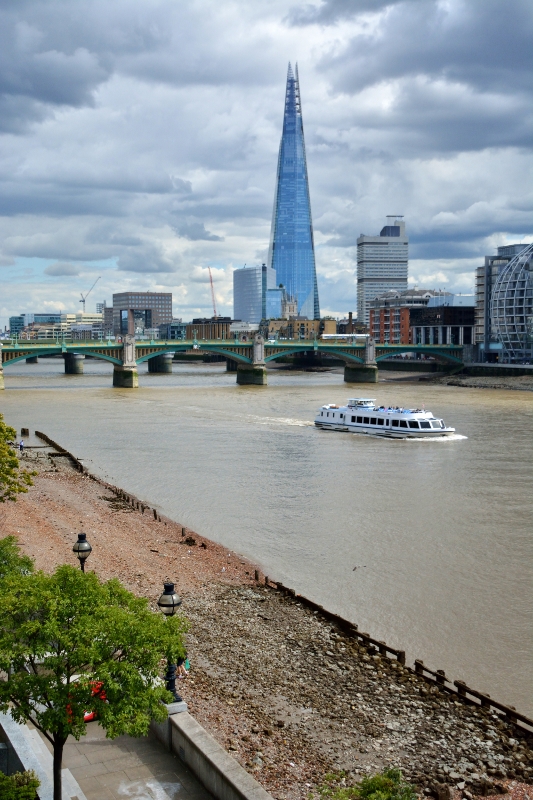 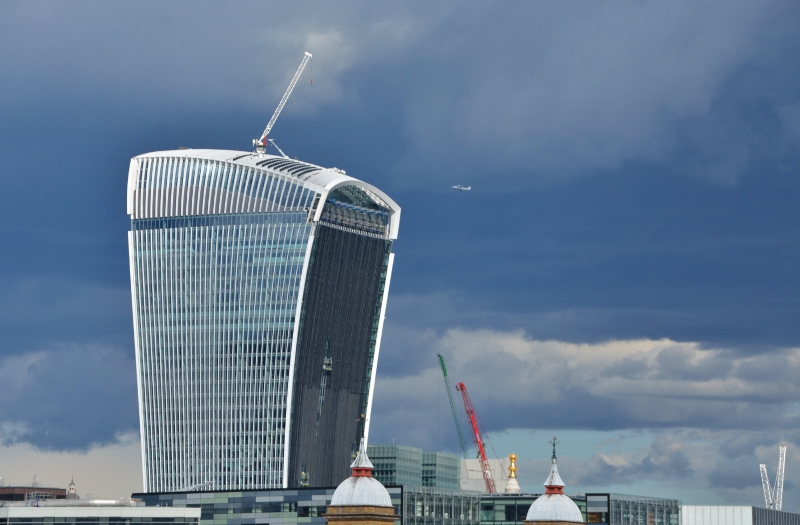 LONDON CHARACTERS AND ICONS
Below are some miscellaneous shots of London that caught my eye. 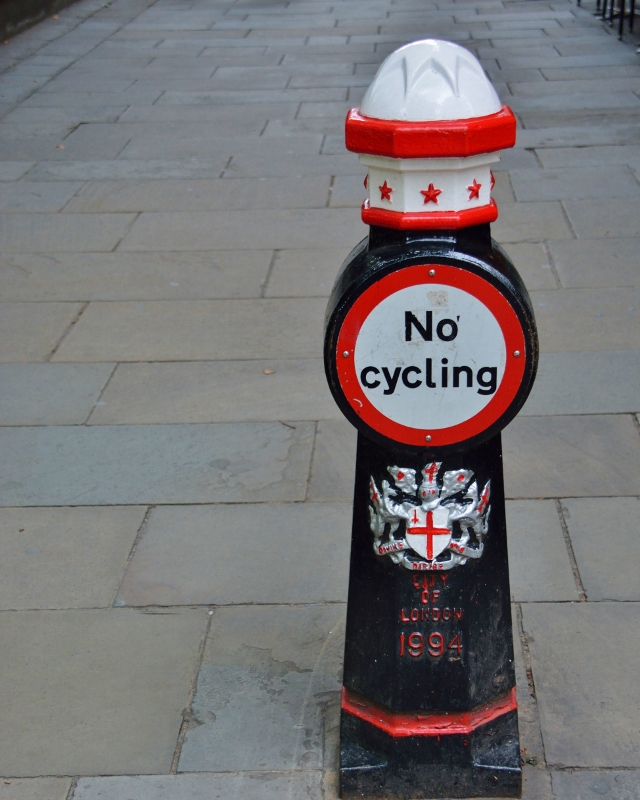 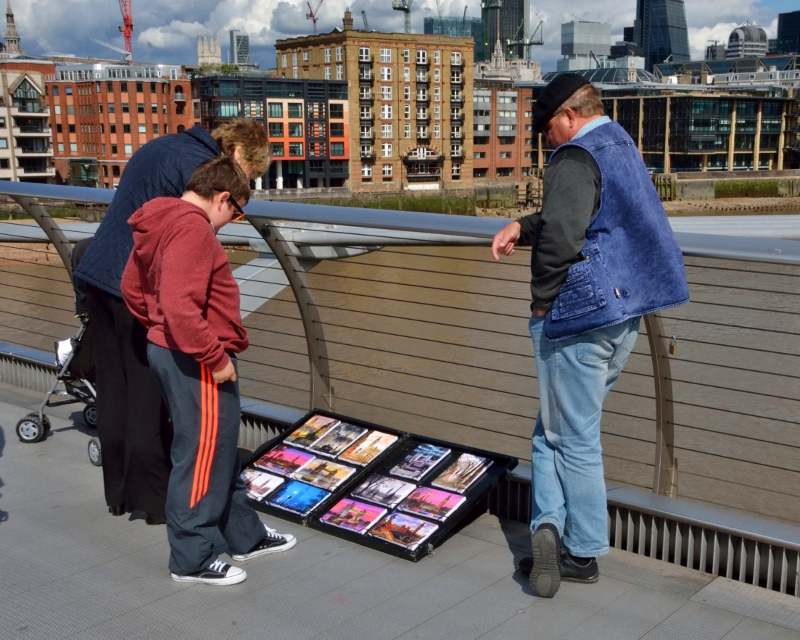 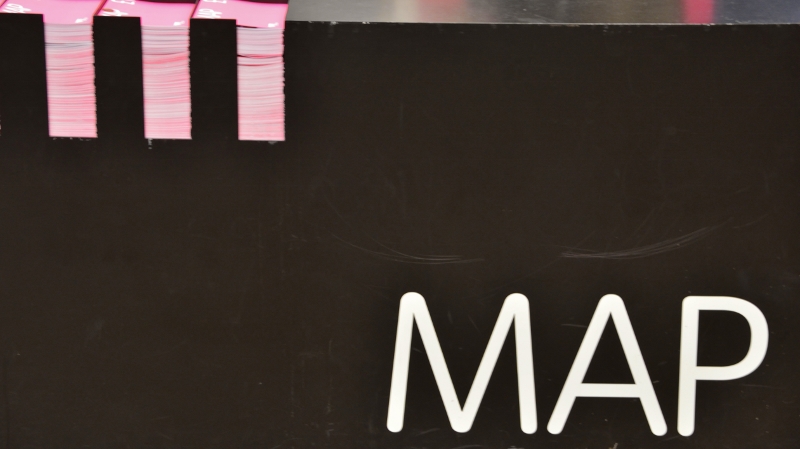 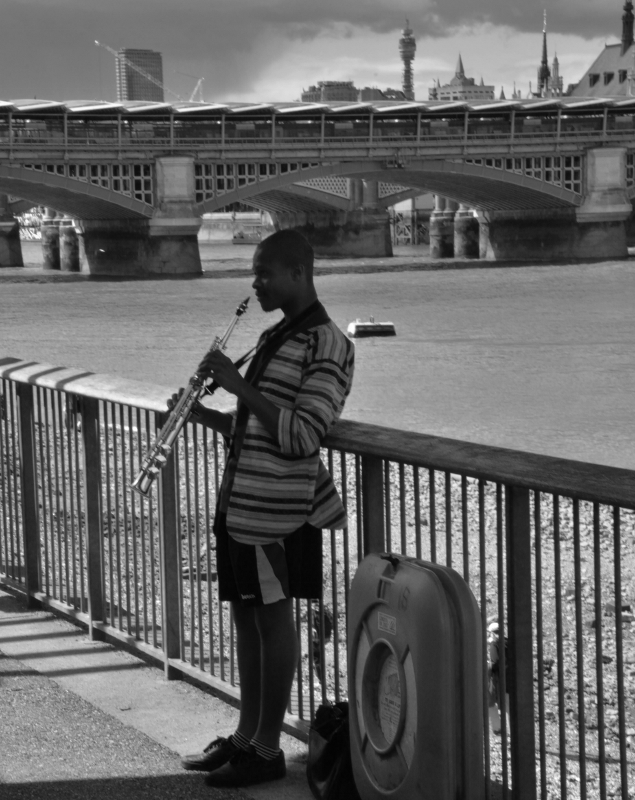 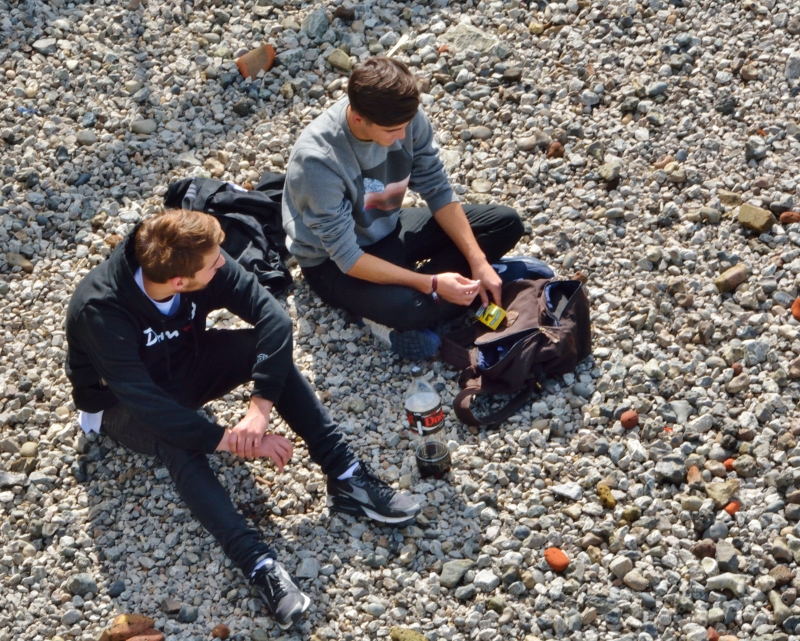 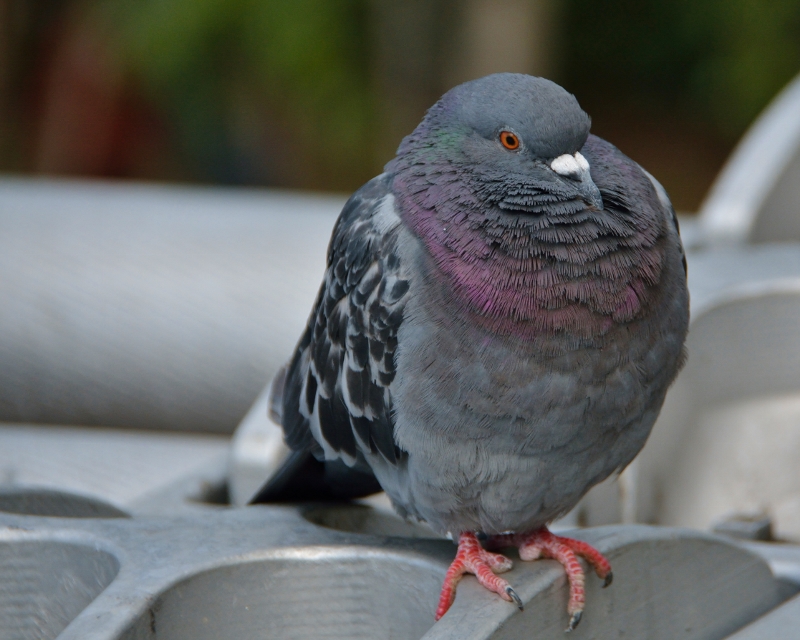 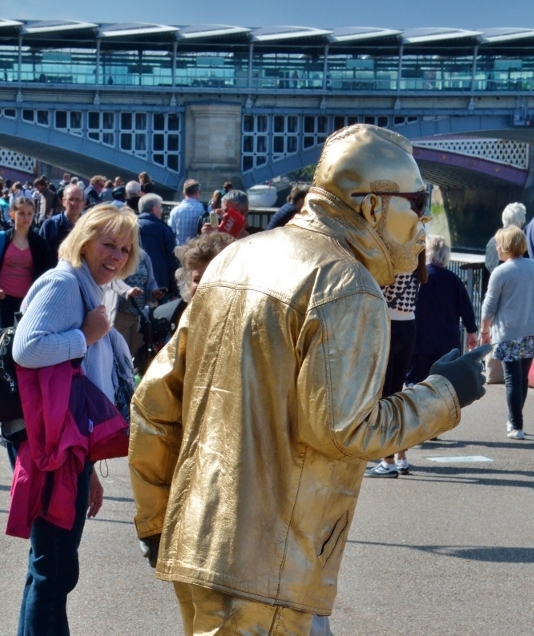 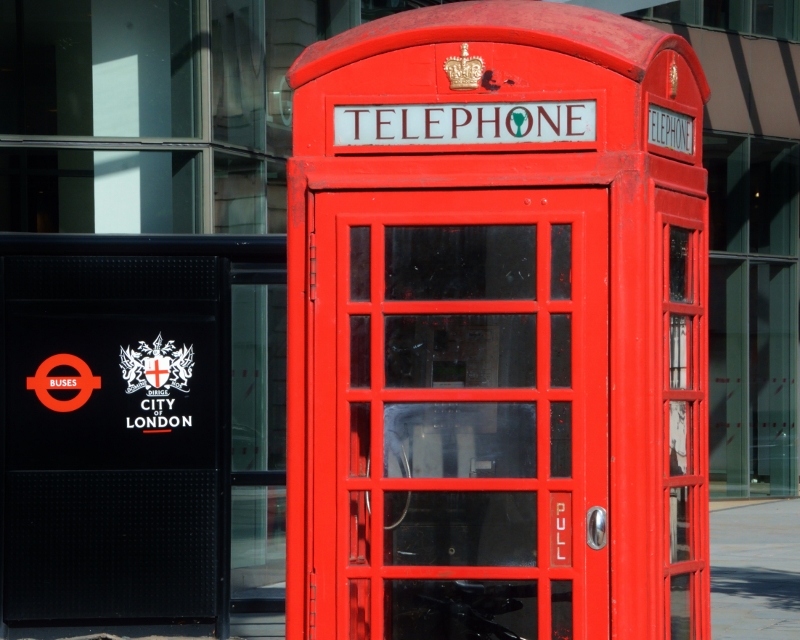 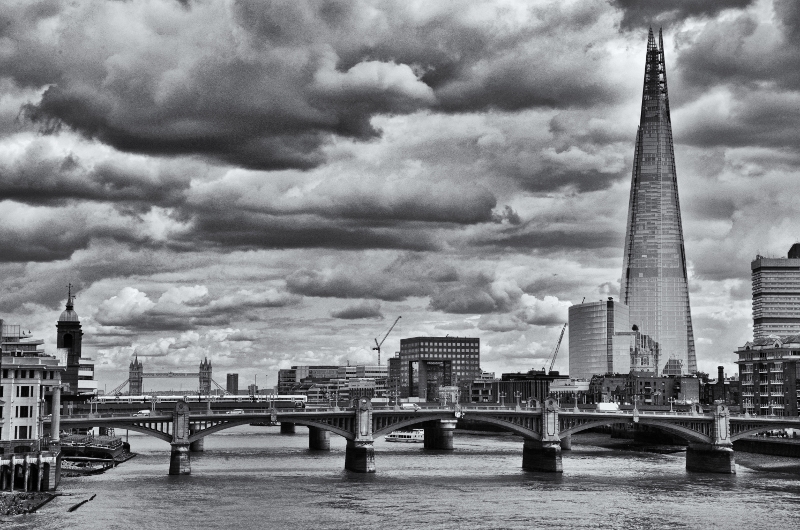 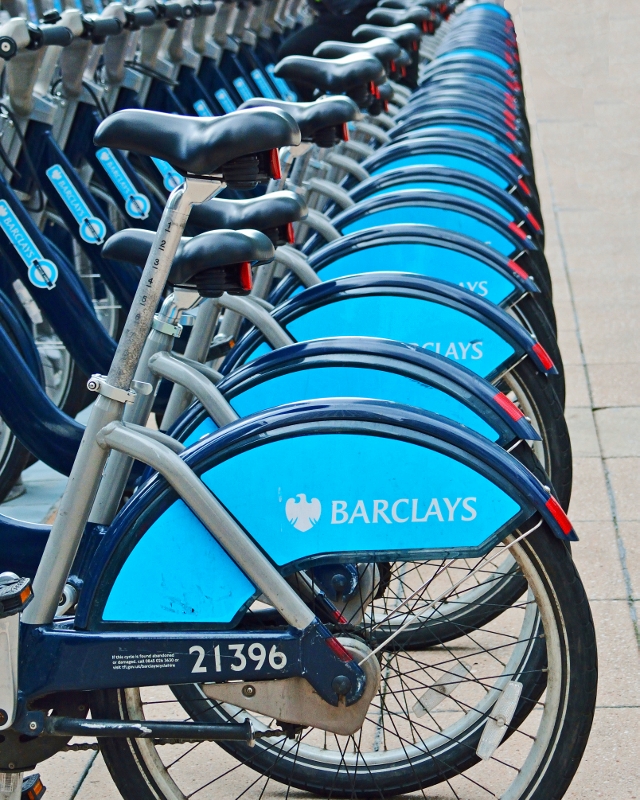 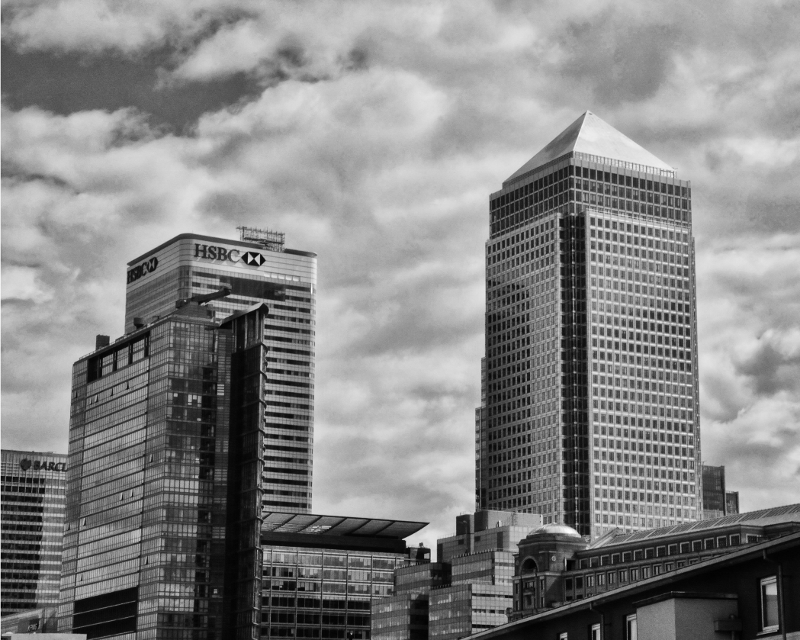