An afternoon at a water powered forge in Devon.

Nat Geo
FINCH FORGE is a blacksmiths workshop now owned by the National Trust. It used to make agricultural implements like shovels and scythes. When we went the main water powered drive was broken and so the forge wasn't working. I hope to return in a month or so to get some photos of the blacksmith in action. 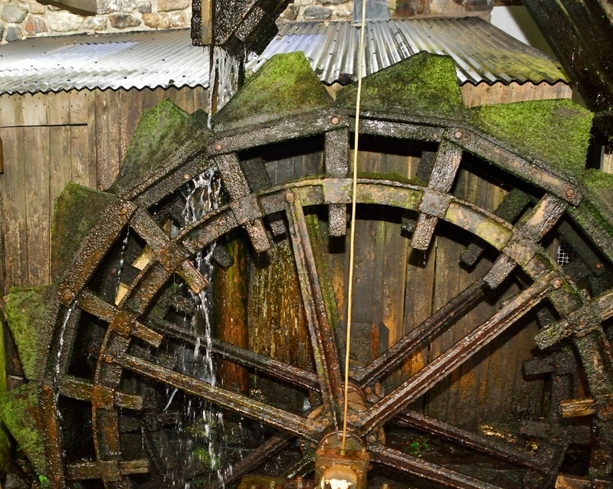 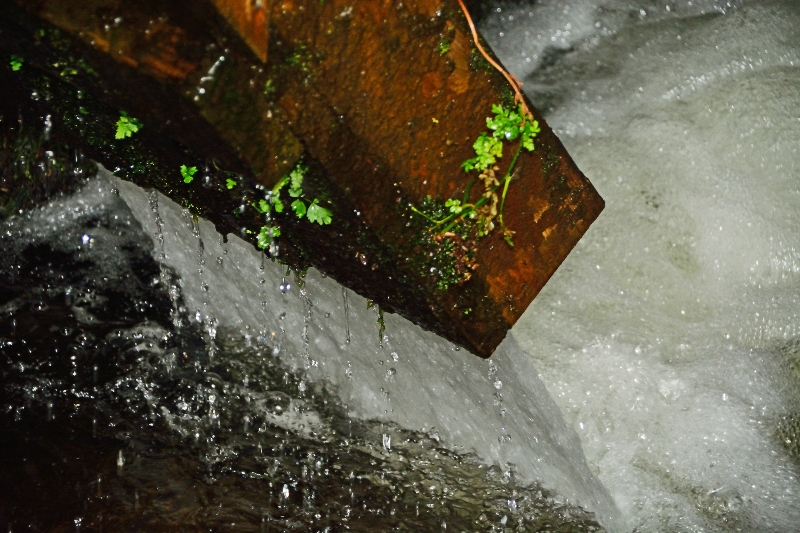 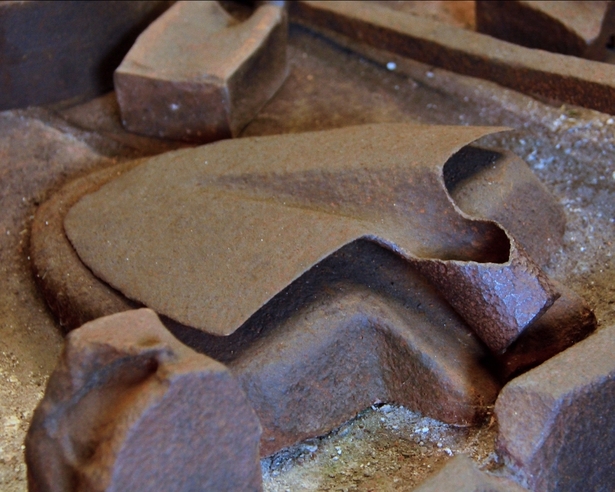 SHOVEL MOULD
This mould was used to help shape the blade of the shovel. The shovel blade is on top of the mound. 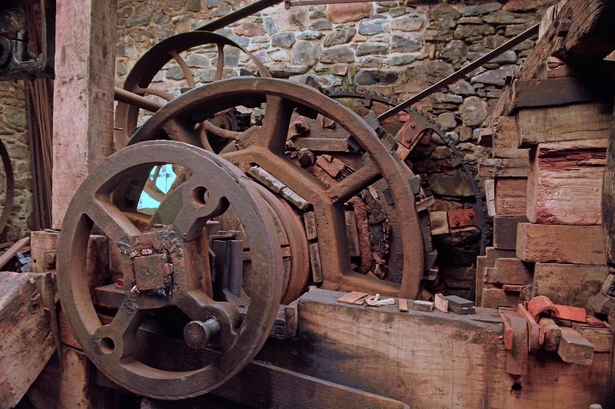 TRIP HAMMER MECHANISM
There is a large trip hammer operated by belts, wheels and cogs to hammer red hot metal and to power a metal cutter. 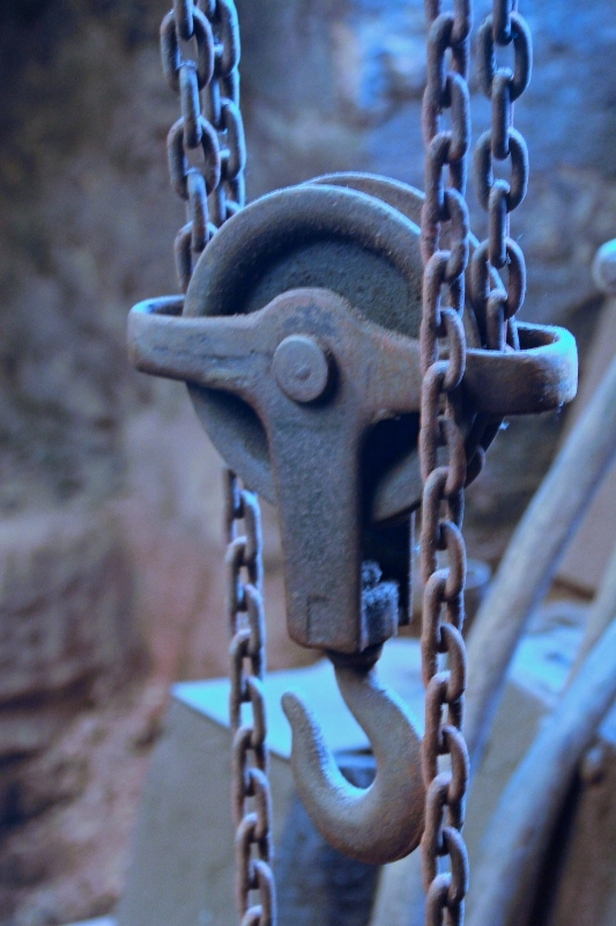 WINCH
Heavy objects are moved or held by block and tackle. 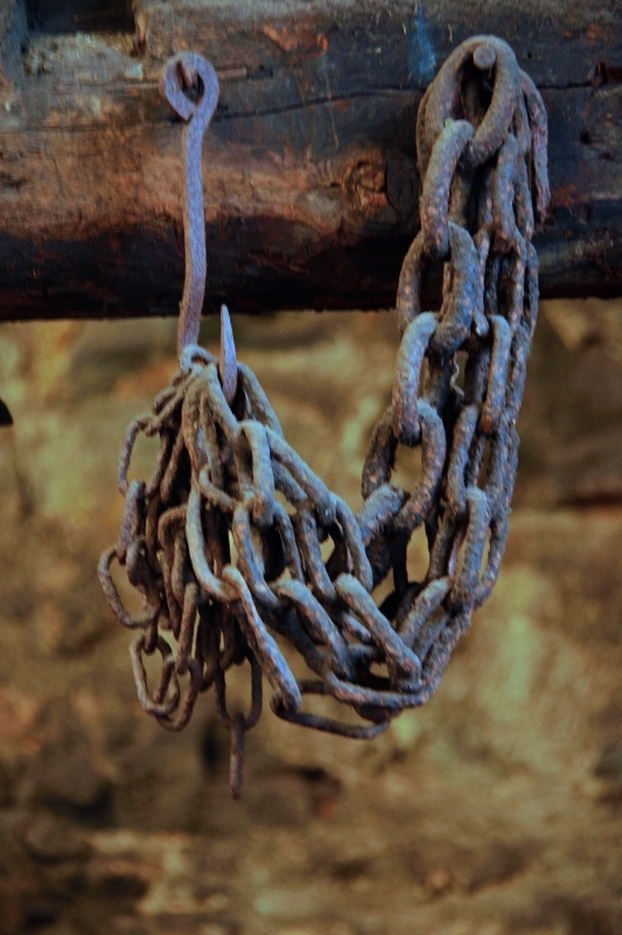 CHAIN STORAGE
Chains are stored on hooks and nails from the substantial wooden beams. 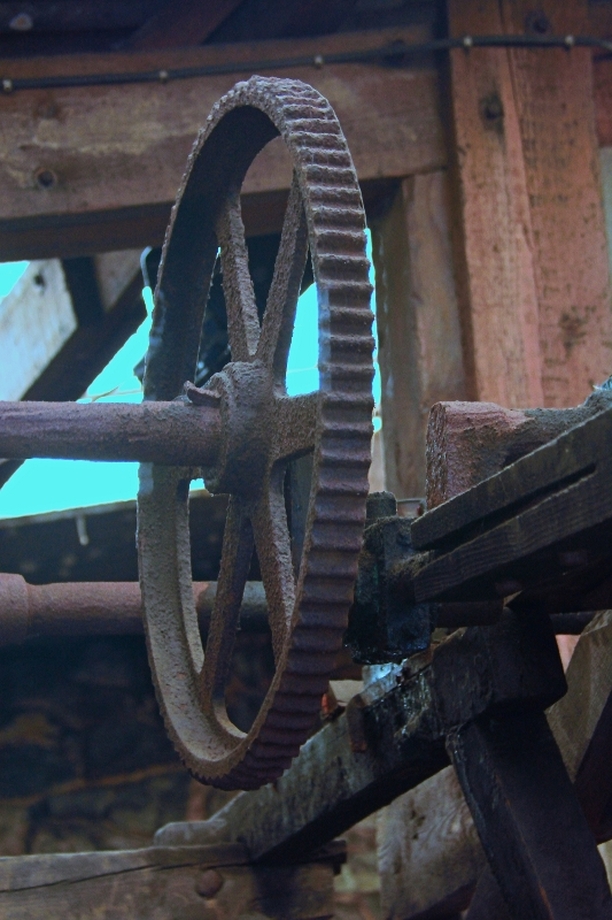 GEAR WHEEL
Part of the drive mechanism. Everything in the forge is large and heavy - and old ! 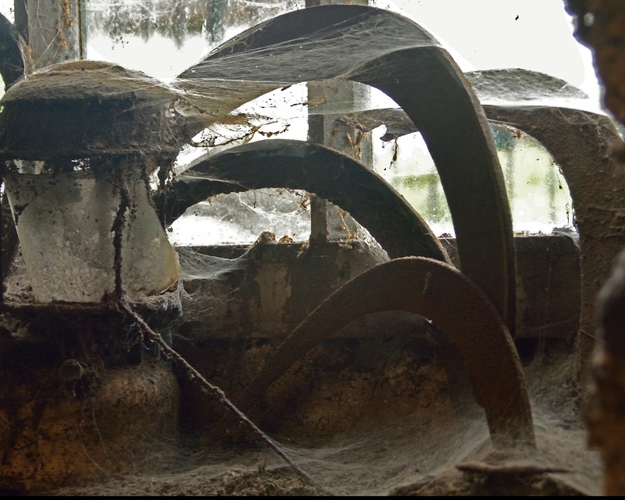 COBWEBS
Time takes it's toll. This old lamp and scythes in the window are covered in cobwebs. 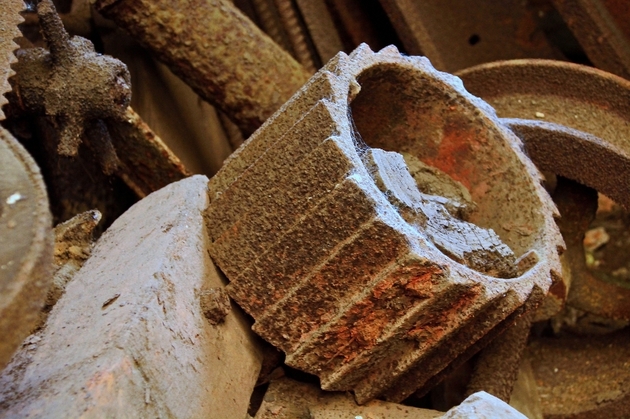 JUNK
Through experience, I know that engineers are people who don't like to throw anything out which might be useful later on. This gearwheel sits in a pile of junk in a corner of the forge. 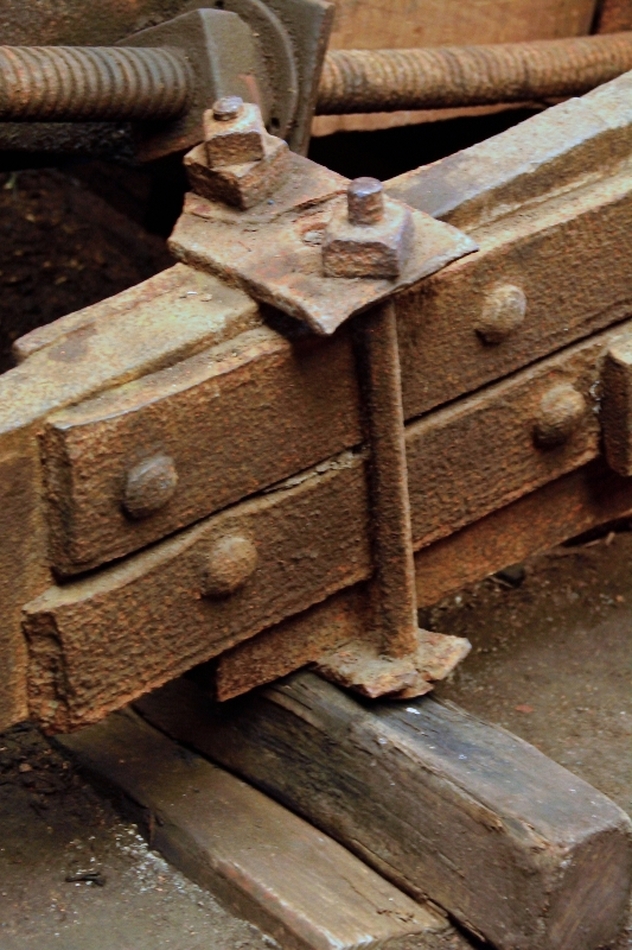 BIG AND BRUTAL
Most of the machinery is on a large scale as can be seen by these bolts and nuts on the trip hammer. 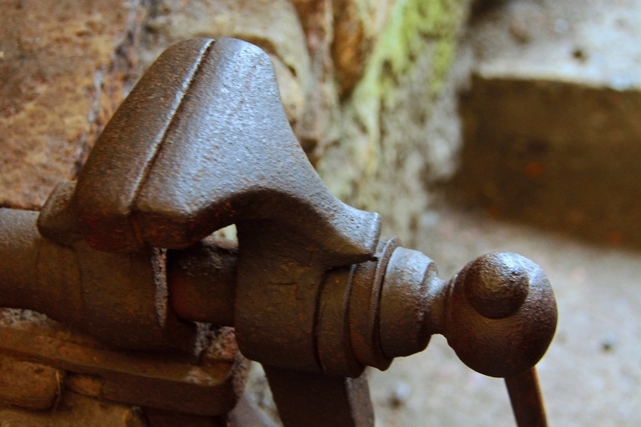 HAND VICE
I tried to use this hand vice but it seemed to be rusted solid. The patina of age shows through in this shot.

RAIN !
It really was a damp day when we visited. But water is the secret of the power to the forge. 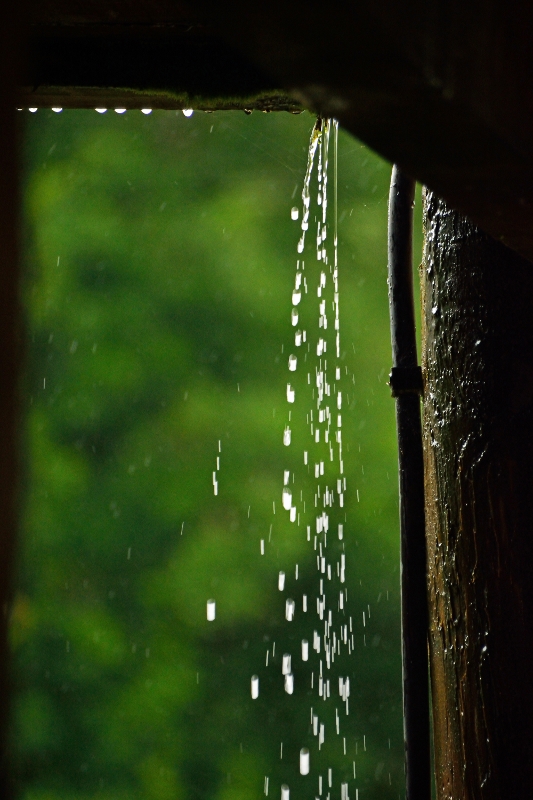 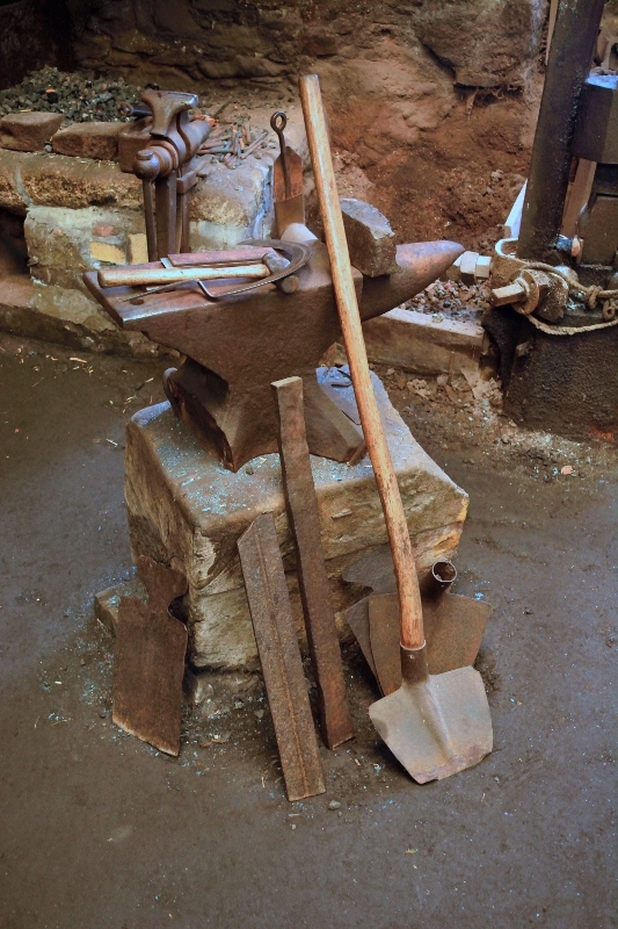 ANVIL & TOOLS
This is the main anvil just in front of the forge and vice. 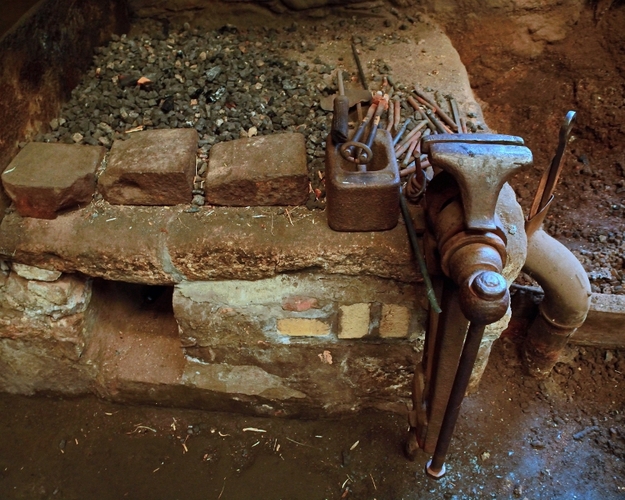 FORGE & VICE
This is the main work area. The air supply to the forges is also water generated. 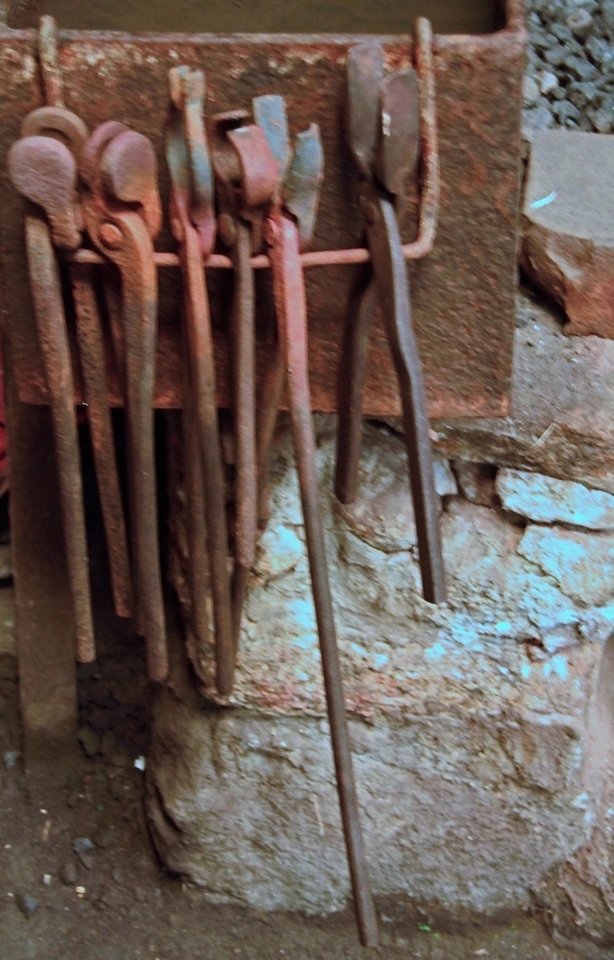 HAND TOOLS
A selection of blacksmiths hand tools reddened by constant use in the forge. 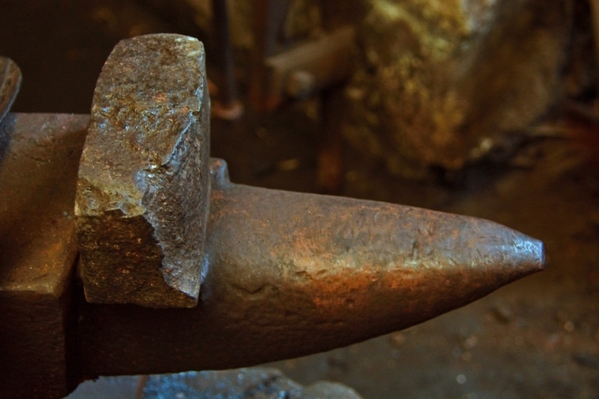 ANVIL HORN
This pointed end of the anvil is called the Horn and is used for shaping curves in the hot metal. 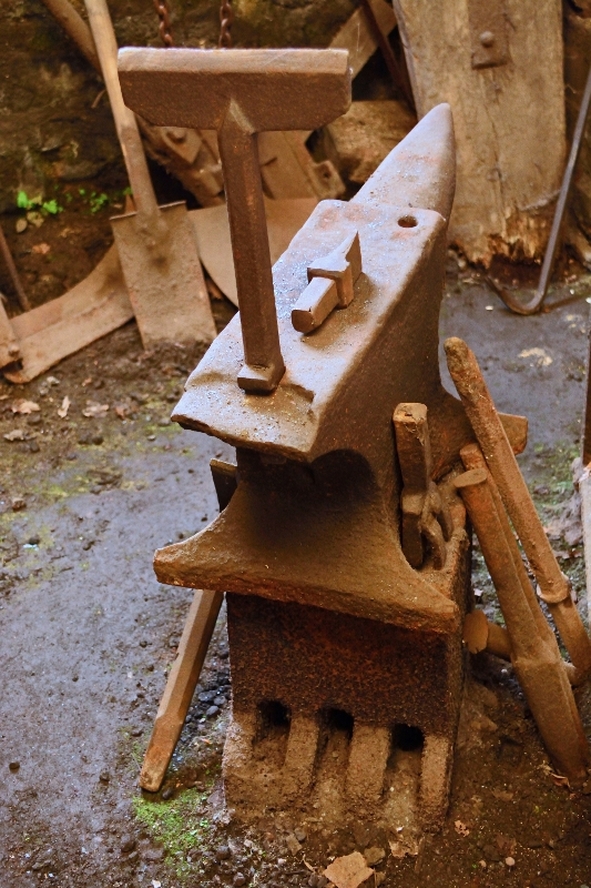 ANVIL
The flat top of the anvil is called the Face and the hole at the rear (with a tool stuck in it) is called the Pritchel Hole. 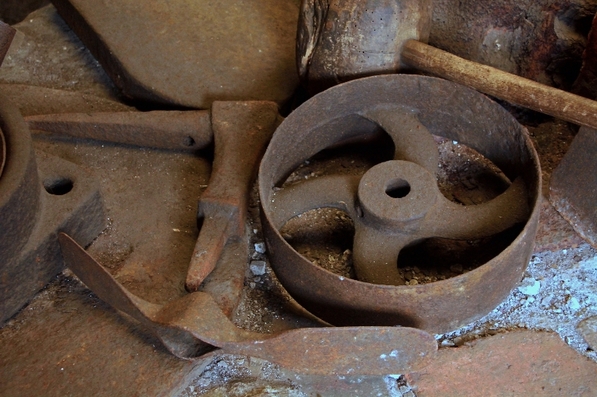 CLUTTER
I think this clutter is just window dressing to make the place look industrial. It doesn't seem to serve any useful purpose where it is. 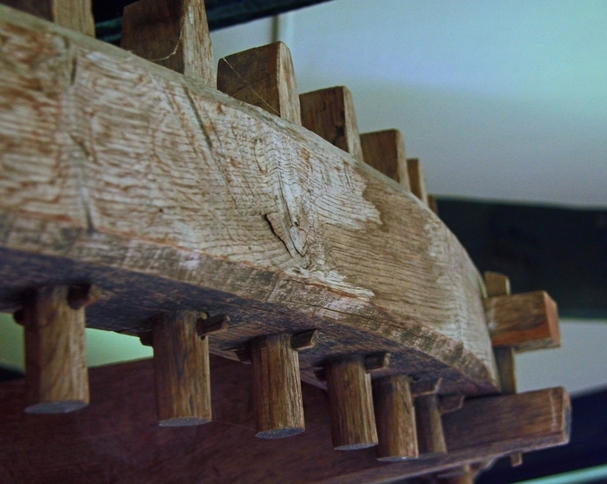 WOODEN COGWHEEL
This wooden cogwheel was in the tearoom. It would look more at home in a windmill, but may have been used in the forge. 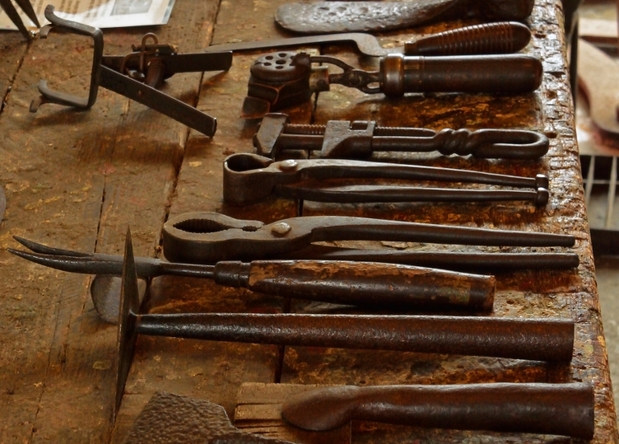 HAND TOOLS
The Carpenters Shop next door displays a variety of hand tools. 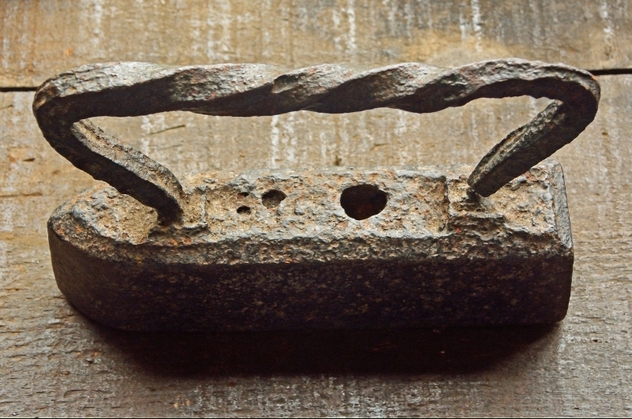 ANY OLD IRON ?
I'm not sure if this old iron was made in the forge but it looks like it. 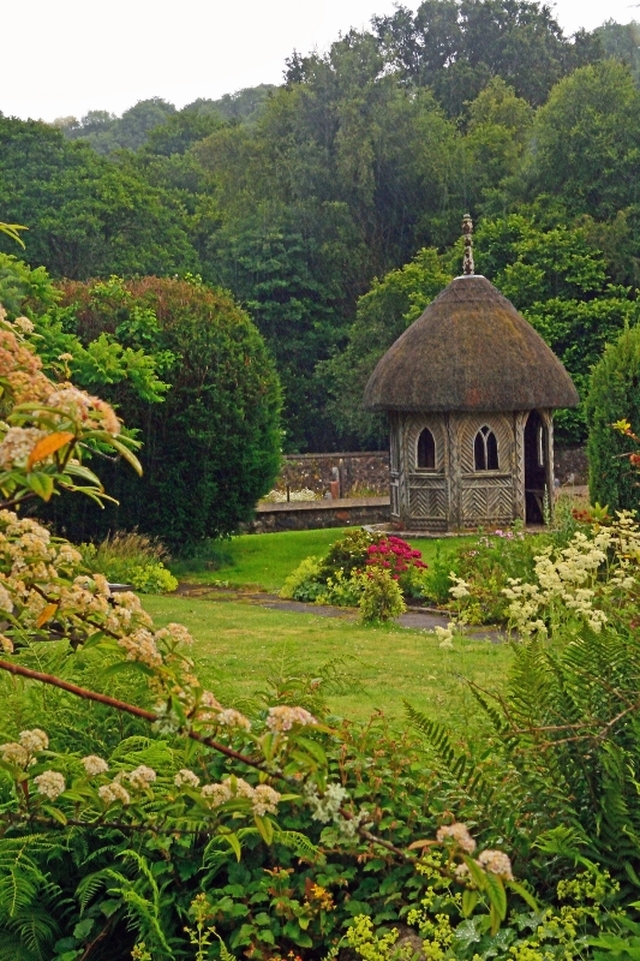 GARDEN
The garden at the rear of the forge is attractive with a nice variety of flowers and this lovely summerhouse. 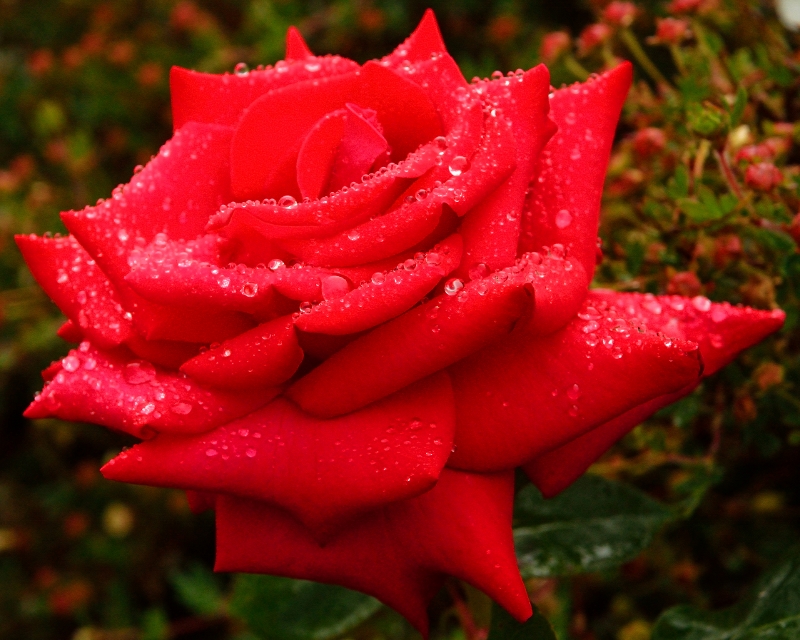 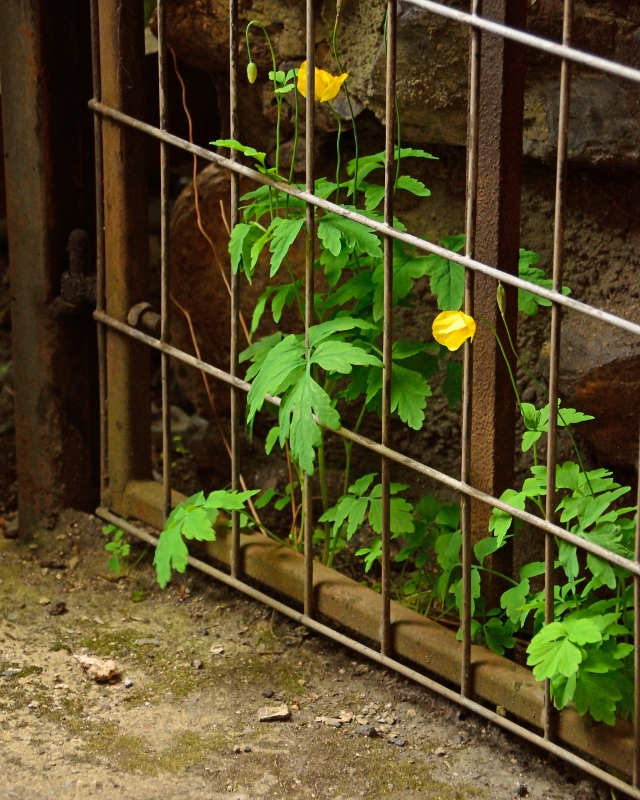 FINCH FORGE DETAILS
Further details about the forge can be found at the National Trust website.    http://www.nationaltrust.org.uk/finch-foundry/


Many thanks to the staff at the site for their goodwill and assistance.
Google Analytics