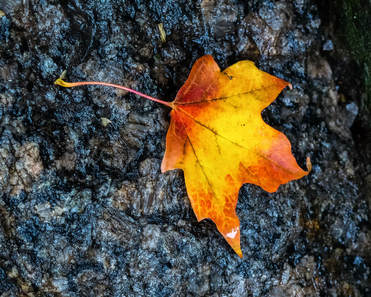 Our cruise took us from Quebec to New York on board the Royal Princess with some extra days in Montreal and New York. The weather was not great due to the influence of Hurricane Michael that struck the southern states of the USA. Nevertheless, we had a great time despite the weather and were lcky the see some lovely fall colours. Enjoy!
MONTREAL
I had thought (mistakenly) that this was a pretty city in the French style but unfortunately Montreal has pulled down much of its old architecture, leaving it a modern city indistinguishable from many other cities in the USA and Canada. We looked at the "old" town on day one and then went to the Botanic Gardens on day two.
QUEBEC
Quebec has a very compact but hilly old town. Unfortunately the rain spoiled the first day but the second day we got off the ship to bright sunshine. Quebec was decked out for Halloween and Canadian Thanksgiving.
SAGUENAY FJORD NATIONAL PARK
Saguenay Fjord National Park is a beautiful area of lake and forest about 120 miles from Quebec. We were lucky to have a good day even though I forgot to bring cash with me! The colours were our first proper introduction to 'the fall'. In the winter, the lake around Saguenay town freezes and there is ice fishing on the lake (Photo at end of slideshow).
SYDNEY NOVA SCOTIA - (SAILING LAC BRAS D'OR)
We didn't explore Sydney as it was a miserable day. Instead we had booked a trip on a sailing barque on Lac Bras D'Or (Golden Arm Lake) which is actually a sea loch. The trip was really good and had a bonus of Bald Eagles !
HALIFAX NOVA SCOTIA for PEGGY'S COVE
At least we were blessed with a good day for visiting Peggy's Cove although the weather turned damp again as we returned to Halifax. The cove is named after a sole survivor of a shipwreck who told survivors that her name was Margaret (Peggy is a corruption of Margaret/Meg).  Peggy's Cove is full of tourists and power cables which makes photography really difficult. Anyway I hope you enjoy the photos!
KENNEBUNKPORT
Things didn't really go well at Kennebunkport. First it took us 2 hours to get off the ship and through immigration, Second, it rained all day. So you will se lots of poor smeary photos here due to a mix of damp and condensation. Oh well, I tried !
BAR HARBOR
At Bar Harbor we were supposed to go whale watching, but it was cancelled, so we spent a few hours wandering around the pretty little town, So glad we did, because it was very pleasant (and dry!)
BOSTON
Boston was wet in the morning but better in the afternoon. It is full of history and the old town is a great place to wander around the "freedom Trail". Enjoy the photos!
NEWPORT, RHODE ISLAND & AMERICA'S CUP YACHT TRIP
NEW YORK, NEW YORK !
We had almost 3 days in New York. Not a lot of time, but with a bit of forward planning I managed to squeeze in quite a few of the major sights. I think I loved and loathed New York in equal measure. It is loud and brash and the metro is luggage unfriendly. But is is colourful and vibrant too.
DAY 1  Harbour, Central Park, Rockefeller Plaza and Times Square.
DAY 2 - Brooklyn Bridge, Wall Street & Broadway, 9/11 Memorial, Grand Central
DAY 3 - UN Building, Chrysler Building, Empire State Building, Flatiron Building
FINAL EVENING - Central Park
Google Analytics